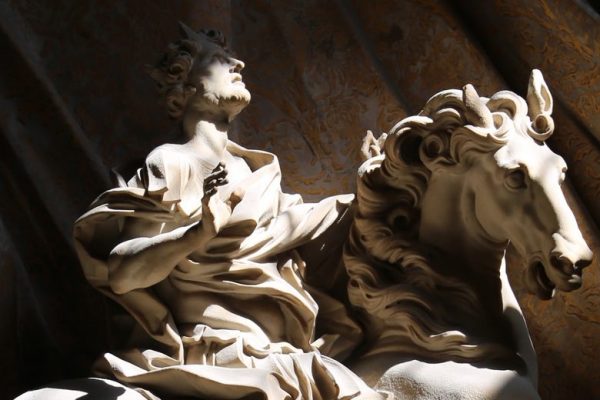 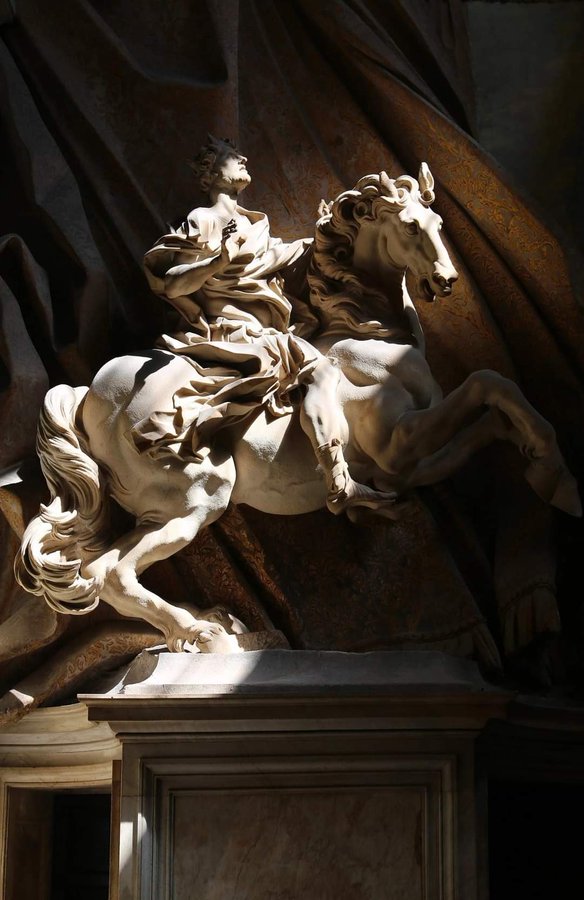 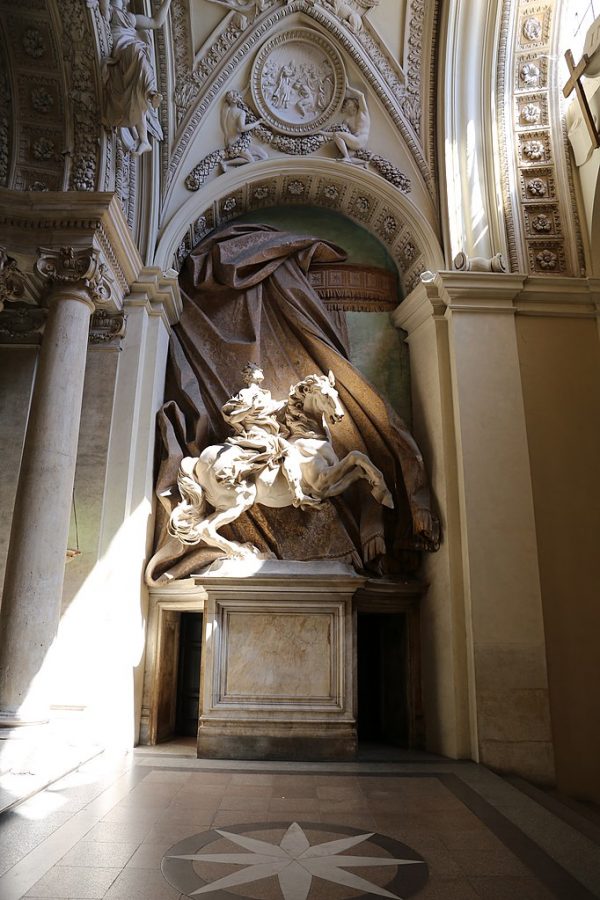 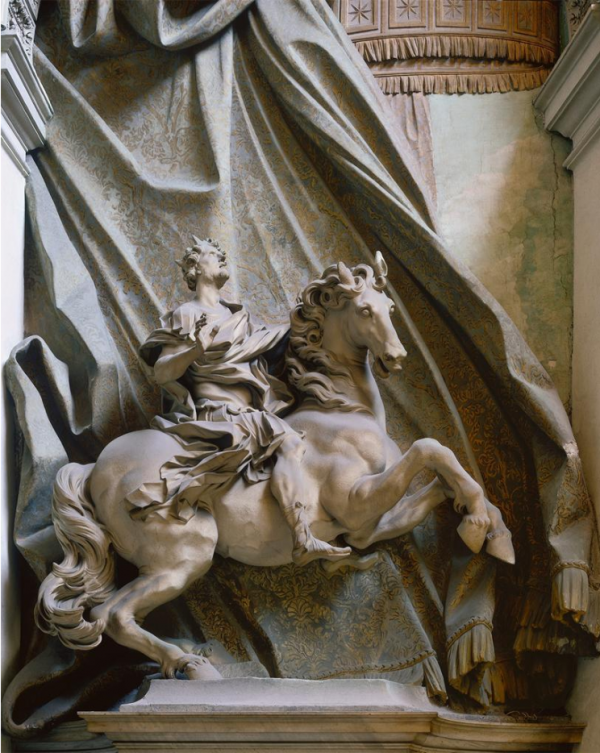 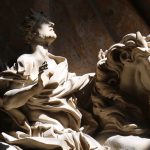 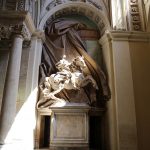 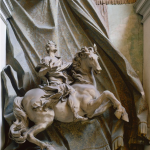 The Vision of Constantine

The statue depicted here is inspired by Constantine, known as the first Roman ruler to convert to Christian faith and who prayed with his army. While doing so it is said that a cross miraculously appeared in the sky with the inscription In Hoc Signo Vinces (By this sign you shall conquer.), after which he defeated Maxentius.

Italian artist Gian Lorenzo Bernini was commissioned by the Vatican City in 1654 to create an equestrian sculpture and Pope Alexander VII decided it should be constructed at the foot of the Scala Regia. The marble block Bernini chose was too small to fit this niche.

In the end he decided to sculpt an extensive marble drape behind Constantine to make up for the space. The statue is placed so that the sunlight pours into the basilica, giving a sense of a god-sent vision. The sculpture was finally completed in 1670.

Unfortunately to most visitors, the statue is only visible from a single viewpoint under the basilica’s portico.