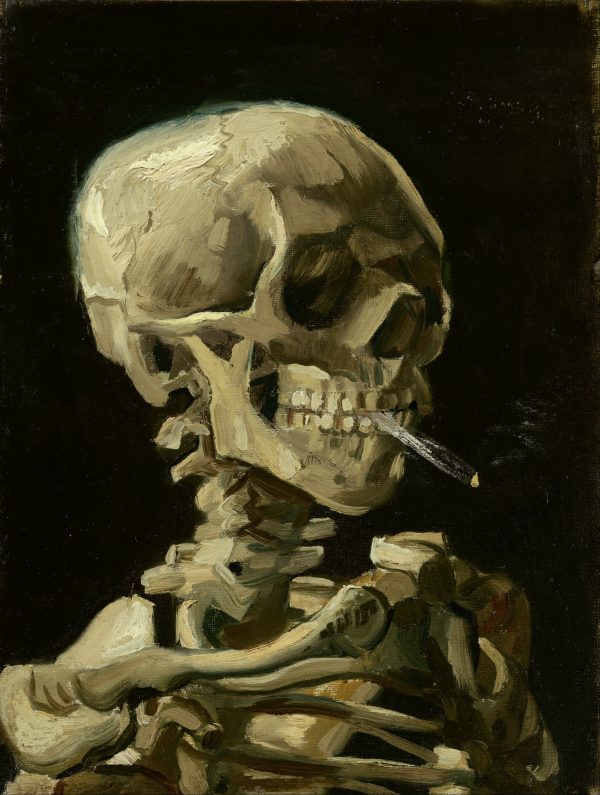 Head of a Skeleton with a Burning Cigarette

This skeleton with a lit cigarette in its mouth is a juvenile joke. Van Gogh painted it in early 1886, while studying at the art academy in Antwerp. The painting shows that he had a good command of anatomy. Drawing skeletons was a standard exercise at the academy, but painting them was not part of the curriculum.

Some say that Vincent van Gogh’s Skull of a Skeleton with Burning Cigarette was painted as a joke or “satirical” image. Others say that it could have alluded to the idea of death, painted as a type of “memento mori”, which were paintings with symbols like skulls that acted as reminders of death.