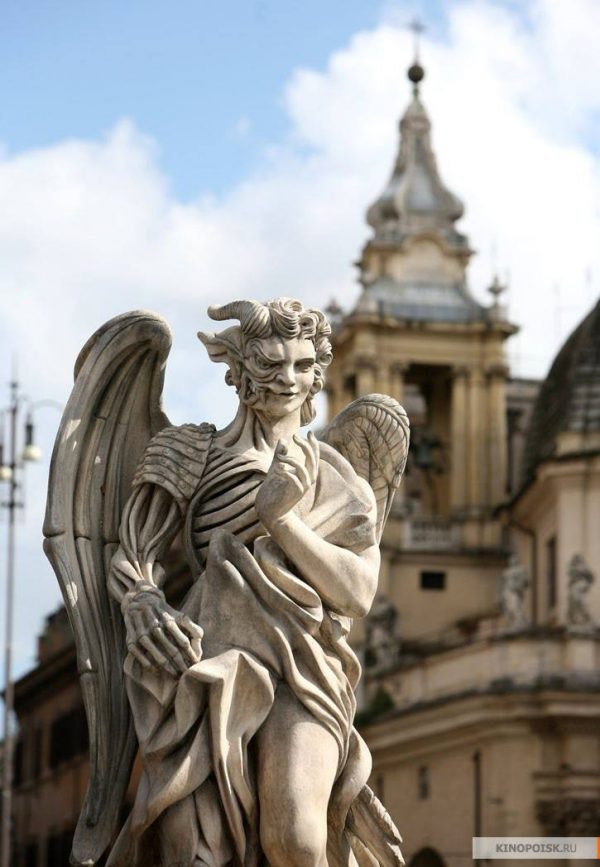 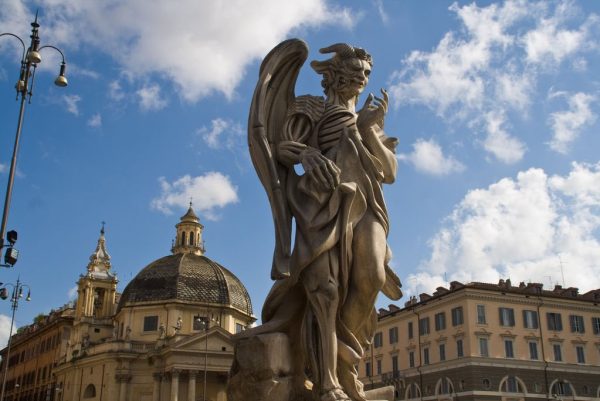 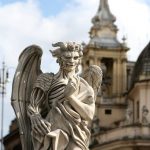 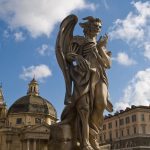 Angels and Demons – The Movie Prop

A statue half-angel-half-demon is used on the set of the movie “The Da Vinci Code: Angels and Demons” and displayed here at Piazza Del Popolo in Rome, Italy. The movie is inspired by author Dan Brown’s best-selling book of the same name.

However, while this statue does much to illustrate the theme of the book and film, it’s not a real sculpture. It’s a movie prop – and does not appear in Piazza del Popolo at all but is located inside the church of Santa Maria del Popolo in the movie.

The statue is often – and incorrectly – attributed to Gian Lorenzo Bernini, credited with creating the Baroque style of sculpture. This is because “The Da Vinci Code: Angels and Demons” movie referenced several Bernini statues throughout the movie.