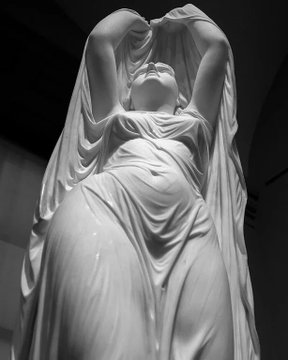 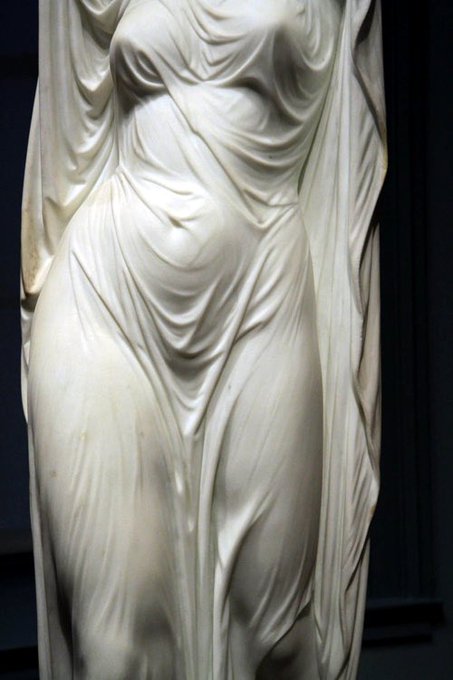 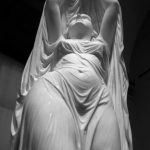 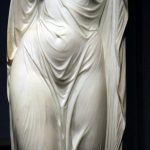 Undine Rising From The Waters

Medieval lore tells of a story in which a water spirit takes on human form and soul by marrying a mortal knight she has come to love. She is forced to kill him by the laws of the water spirits when he proves unfaithful to her.

The wet drapery is said to be exquisitely rendered and a masterful example of illusionistic carving from the 1880s.