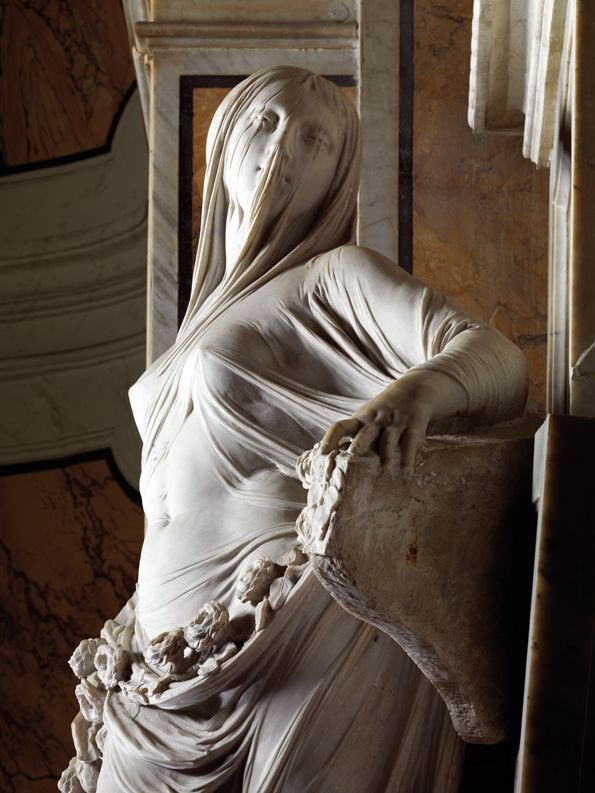 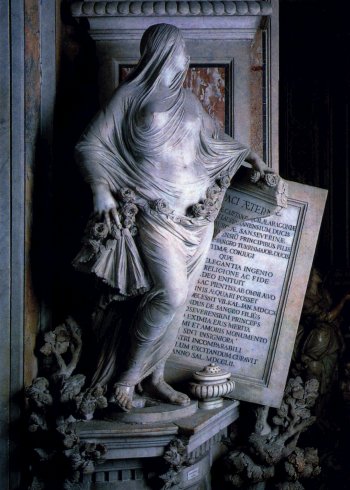 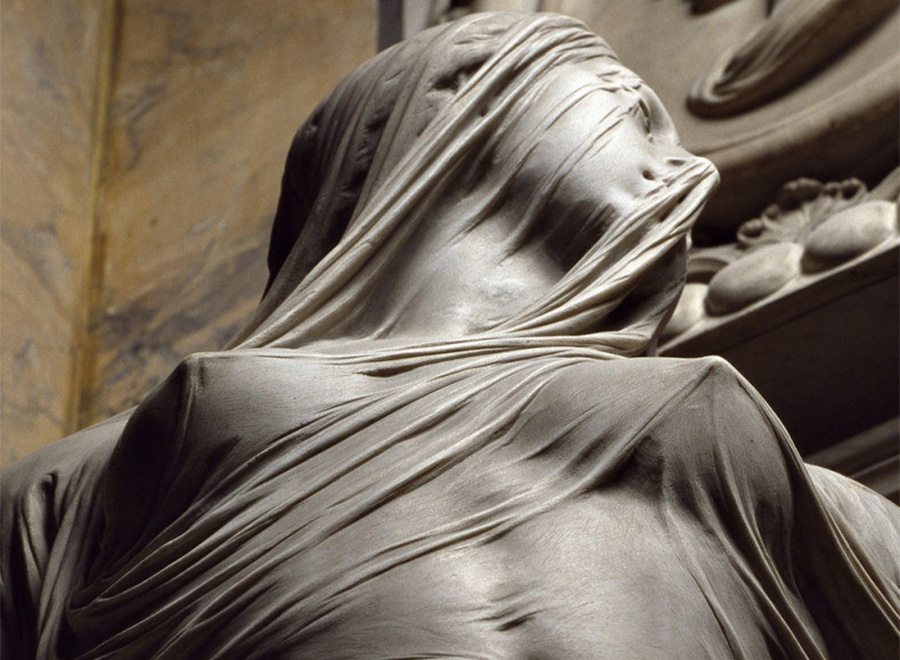 Antonio Corradini was a celebrated sculptor during the Baroque period, serving as the court sculptor for the Holy Roman Emperor Charles VI. He was most famous for his sculptures of veiled figures. His sculpture “La Pudicizia” (also known as Modesty, Chastity, and Veiled Truth) was completed in 1750.

Corradini captures the woman’s beauty in intricate detail, giving her only the sheerest bit of modesty behind a veil.