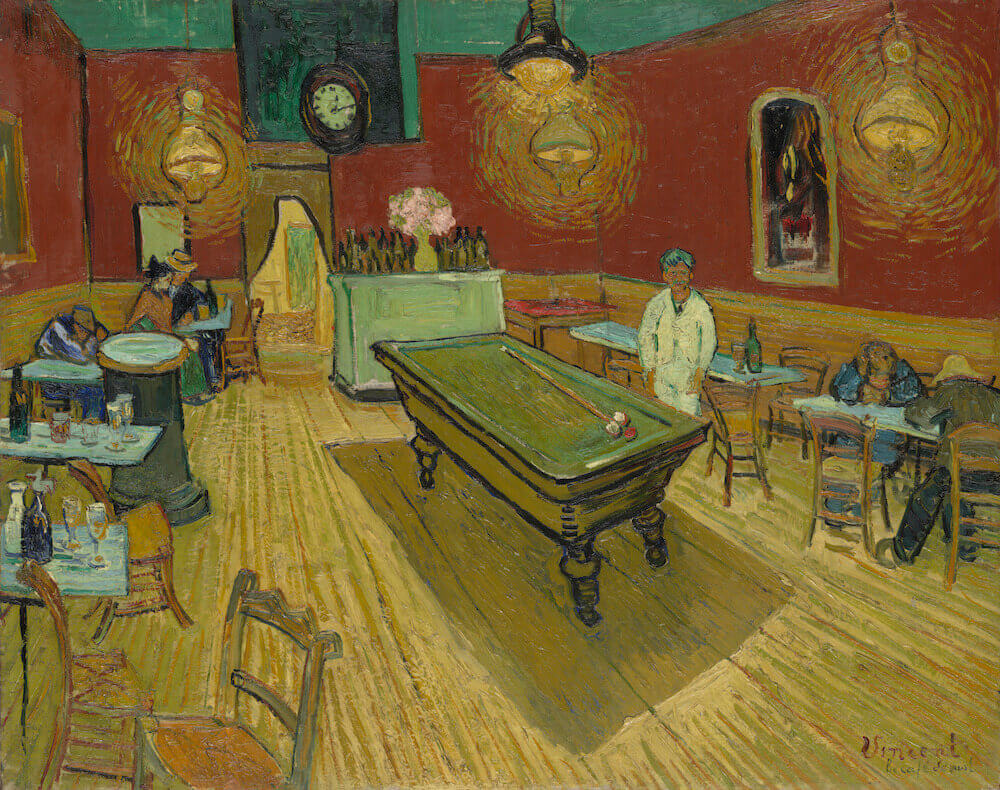 Vincent van Gogh painted  Le Café de nuit (The Night Café) after jokingly telling his brother, Theo, that he had spent so much money there, he’d get his revenge on the owner by painting the place.

Van Gogh described the five customers depicted in the scene as “three drunks and derelicts in a large public room”. Known as an all-night haunt for local down-and-outs and prostitutes, van Gogh told Theo of having his own private room, by gaslight, in the evening.

Considering it to be “one of the ugliest pictures I have done”, van Gogh referred to the painting of The Night Café as “the equivalent though different, of The Potato Eaters”, thanks in large part to the color exaggeration, thick texture of the paint, and use of lamplight to depict the seedy scene.