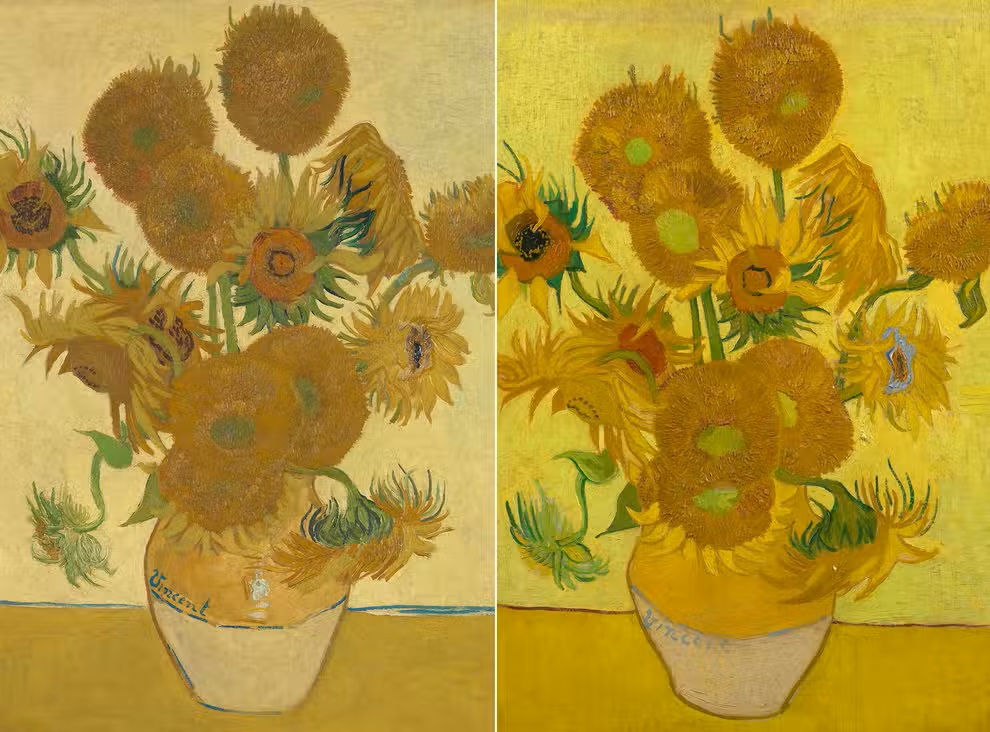 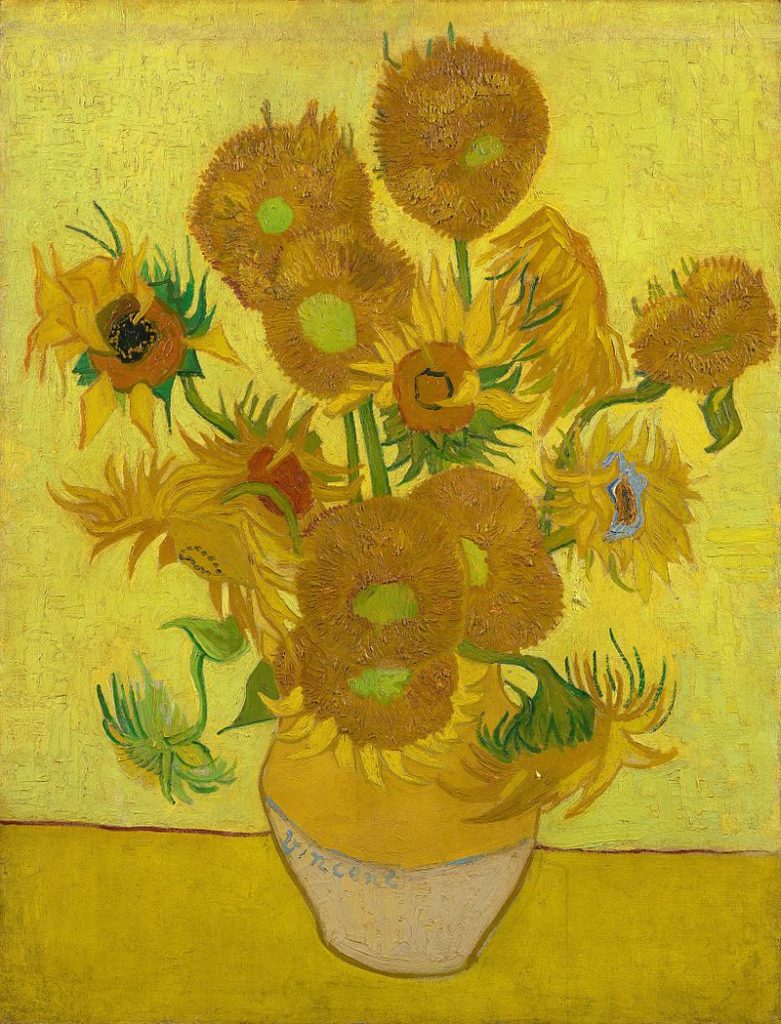 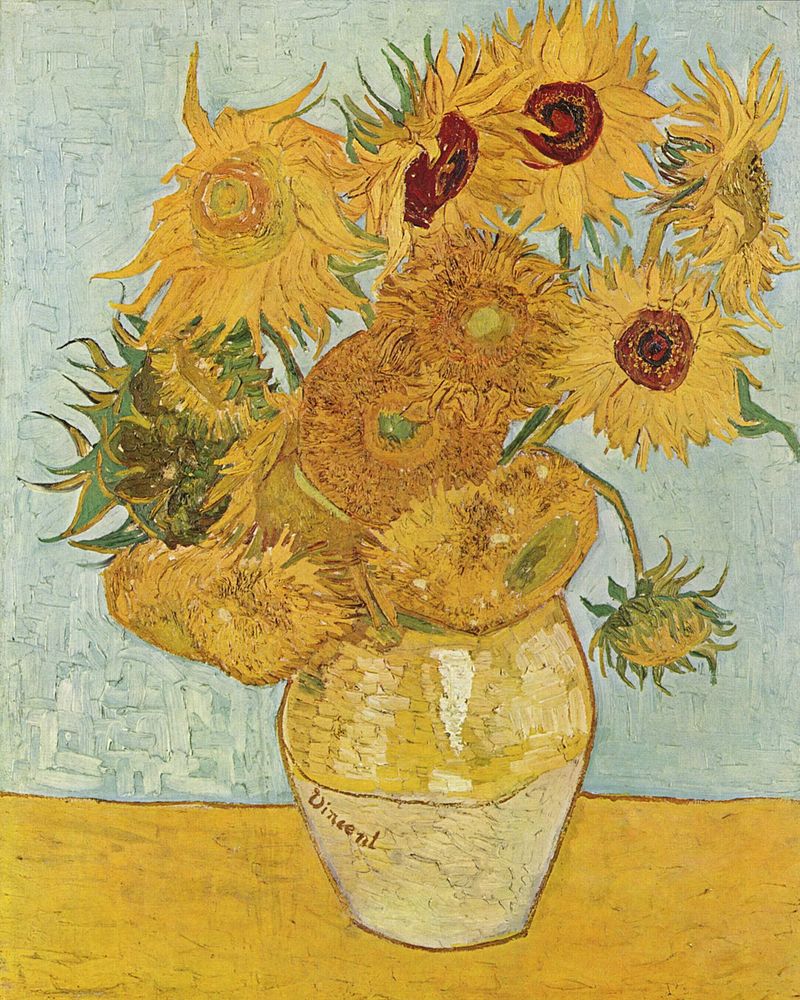 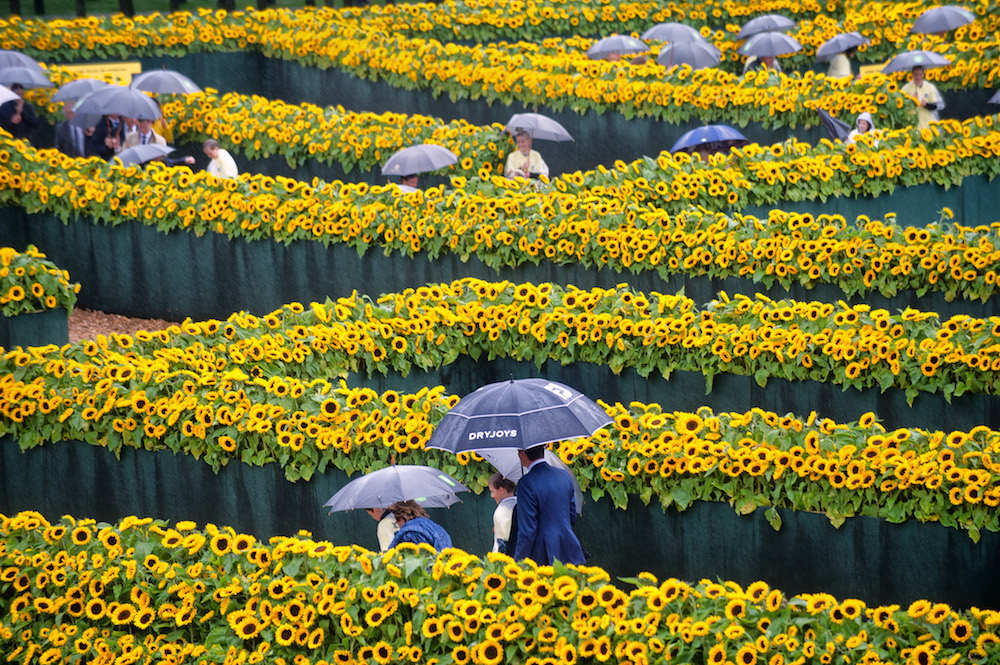 “Paintings fade like flowers,” van Gogh once wrote to Theo, his brother. As with other series of paintings like Irises and Almond Blossoms, van Gogh created several repetitions of Sunflowers, using light, angle, and color to infuse each painting with subtle differences.

The 1889 canvases – of which there are five known versions – were painted just one month after cutting off his ear. There are so many theories about why he did this, and you can read about them all here.

The fifth version of Sunflowers was destroyed during World War II. The remaining four versions can be found at:

Van Gogh’s choice of cadmium yellow pigment also present with some problems that may result in restoration work on the painting. Favored by many Impressionists, post-Impressionists, and early modernist artists, the yellow paint oxidizes in light, turning a dull greenish-brown. Varnish on one of the versions has also yellowed and discolored the painting.

The van Gogh Museum in Amsterdam, Netherlands, began selling high-quality replicas of Sunflowers (and other van Gogh masterpieces) through a collaboration with Fujifilm Belgium. The renditions use 3-D scanning and high-resolution printing to produce the replicas. In celebration of the availability of these new works, the museum created a maze of 125,000 sunflowers in its new entrance hall.