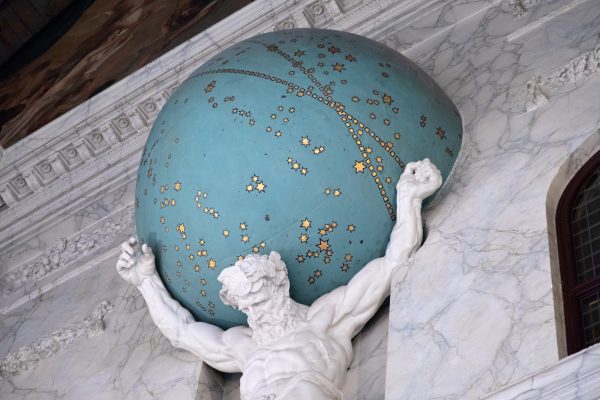 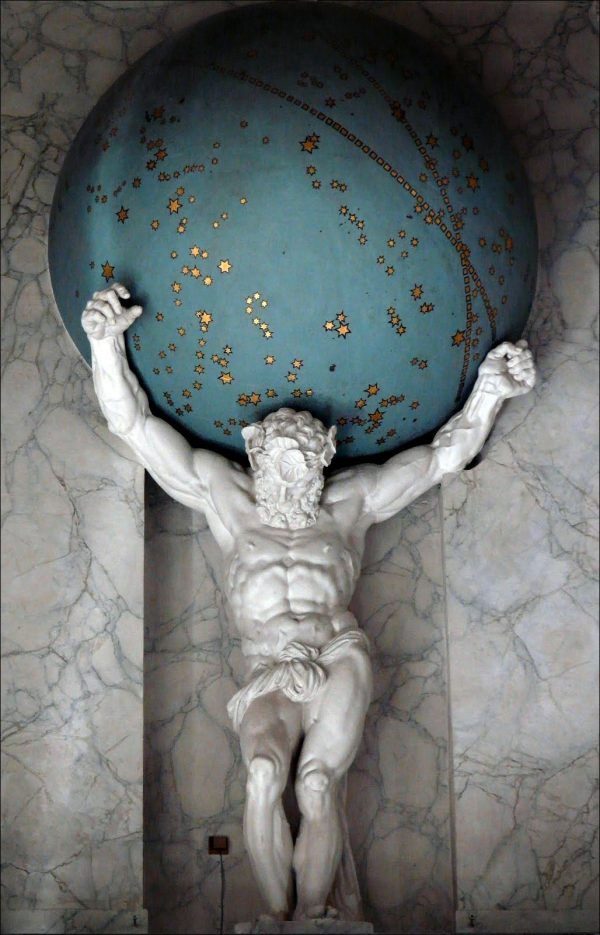 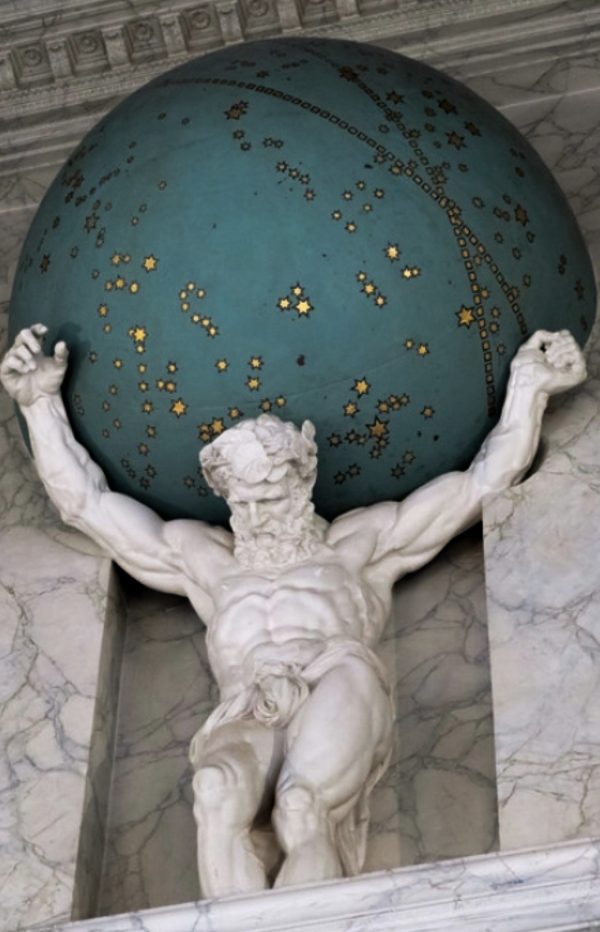 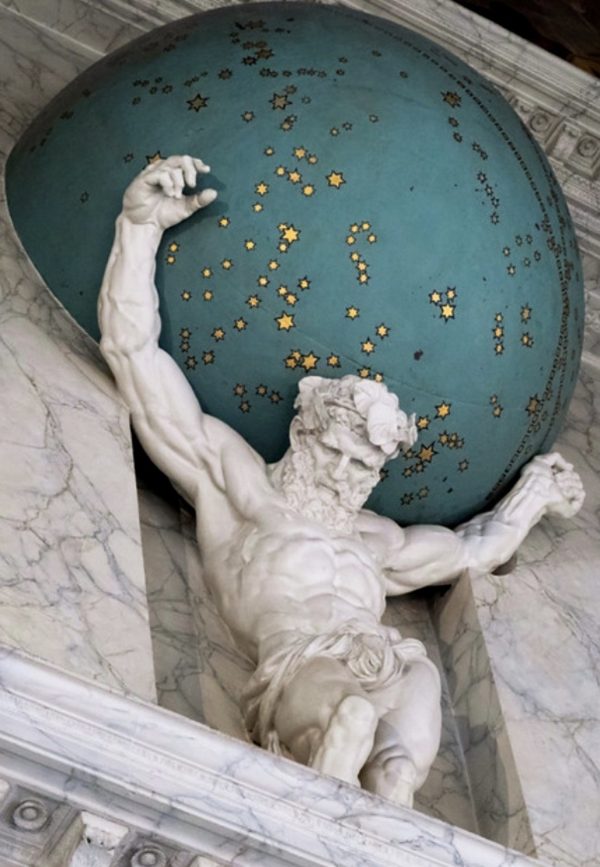 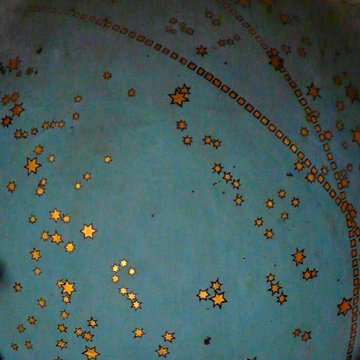 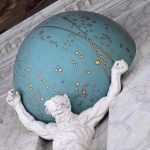 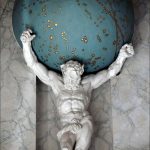 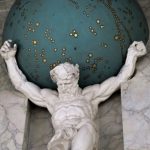 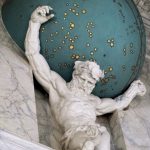 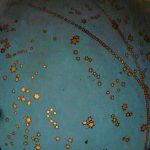 Construction of the town hall of Amsterdam was begun in 1648 and completed in 1665. The architecture is considered Dutch Classicist style – a symmetrical building designed around a central axis that features classical columns. The interior and exterior artworks and sculptures are said to symbolize good governance, commerce, and justice.

In 1808 King Louis Napoleon converted the building into a royal palace, which is still in use and open to the public. At the entrance to the palace stands a large statue of Atlas, holding up the heavens (as mythology dictates) but not the earth (as modern artists depict it).