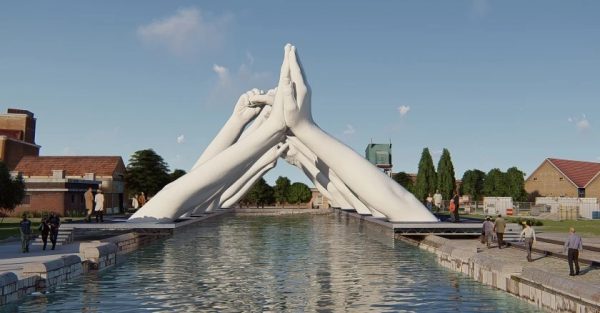 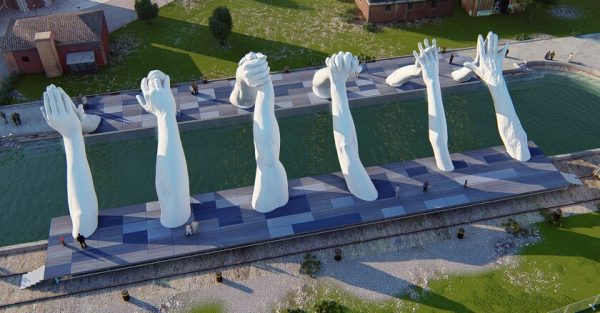 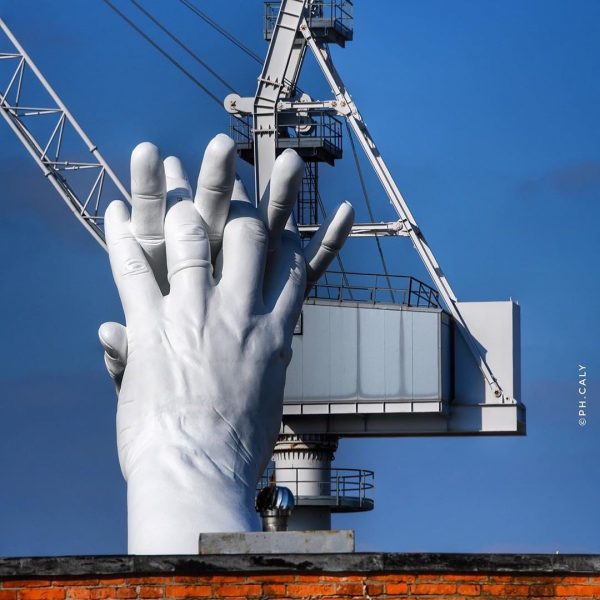 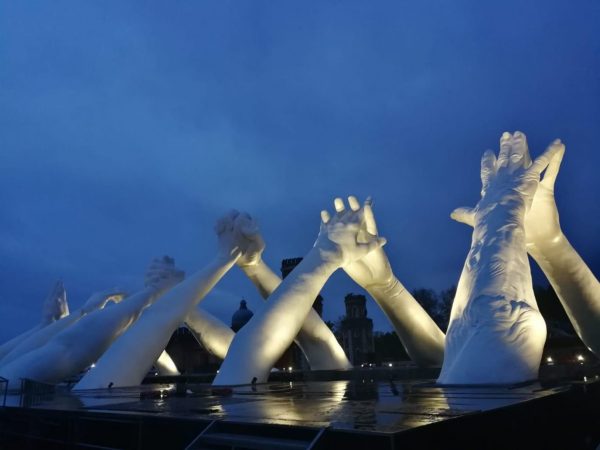 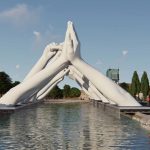 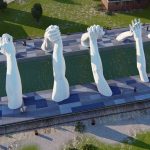 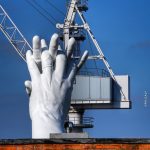 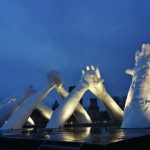 After his sculpture of a gigantic pair of hands holding up a historic hotel in Venice’s Grand Canal went viral in 2017, Italian artist Lorenzo Quinn returned with a masterpiece: Building Bridges, another large-scale hand-sculptured installation.

Building Bridges consists of six pairs of hands that arch 50 ft over a waterway at a former shipyard, the Arsenale, in the Castello District of Venice, Italy. The hands are made from white resin so they closely resemble the white marble often seen around Venice. The hands are symbolic of the need for people to build bridges that help them overcome differences.